The Oil City Main Street Program (OCMS) is a community-driven initiative dedicated to the revitalization of Oil City’s central business district. The Oil Region Alliance houses OCMS and serves as its fiscal agent. Since the Oil City Main Street Program (OCMS) formally began operations in fall 2011, it has worked to make downtown Oil City attractive and vibrant by following the Main Street Approach, a comprehensive strategy that has transformed numerous older downtown business districts across the United States.

OCMS has been nationally accredited by Main Street America each year since 2012; and has been newly re-designated as a Keystone Main Street by the Pennsylvania Department of Community and Economic Development in 2019. The Oil City Main Street Program has achieved three Townie Awards from Pennsylvania Downtown Center in 2017, 2018, and 2019; and has been named one of PDC’s Top Performing Programs of 2016 and 2018. Since fall 2011 through December 2019, over $14.4 million has been reinvested into downtown Oil City via building improvements, new construction, volunteer hours, new businesses, job growth and more. 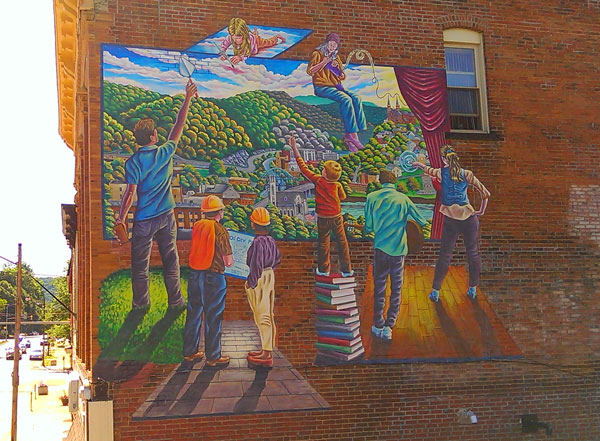 In 2006, prior to the creation of the Oil City Main Street Program, the City of Oil City launched ARTS Oil City, a program to market the town’s low cost of living to working artists. Since its inception, over 45 artists have relocated to Oil City, many of whom have purchased and renovated homes and opened studios or sometimes commercial spaces. In 2017, upon the retirement of its coordinator, ARTS Oil City was placed under the charge of the Oil City Main Street Program. Together, these two revitalization initiatives reinforce Oil City’s position as a growing artist community with a downtown that is reinventing itself for future generations to come.