Tour the “Valley that Changed the World” via the Oil Creek and Titusville Railroad excursion train!

Travel back in time more than 150 years in vintage Pullman train cars from the 1930s. It’s a three-hour tour beginning at Perry Street Station in Titusville and following Oil Creek by Drake Well and through Oil Creek State Park to the turning point Rynd Farm. There, guests can get out and stretch their legs, hit the concession stand and view the outside of the Coal Oil Johnny House before returning to Perry Street Station. 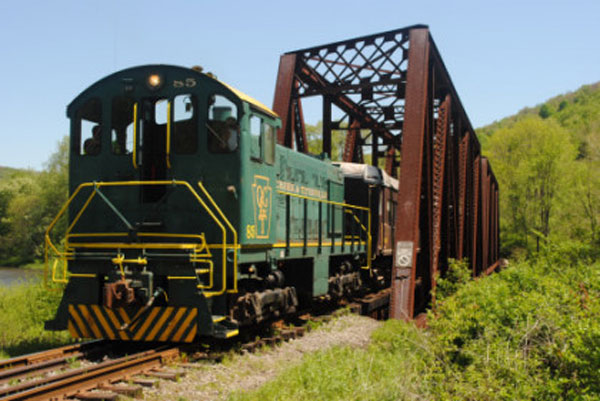 On the ride, enjoy the sights and opportunities to see wildlife from inside the train or out on the open air Gondola Car, weather permitting. This car is also used to haul bikes and kayaks for those wishing to use the train as a one-way pick up or drop off.

The Oil Creek and Titusville Railroad boasts the only Railway Post Office car in operation in the United States. You can purchase postcards and stamps in the RPO or even get all of your holiday cards postmarked from the train.

The Wabash Cannonball is a first-class car featuring air conditioning and a smoother, quieter ride on more comfortable seats. These tickets are available at an additional cost and do sell out quickly. 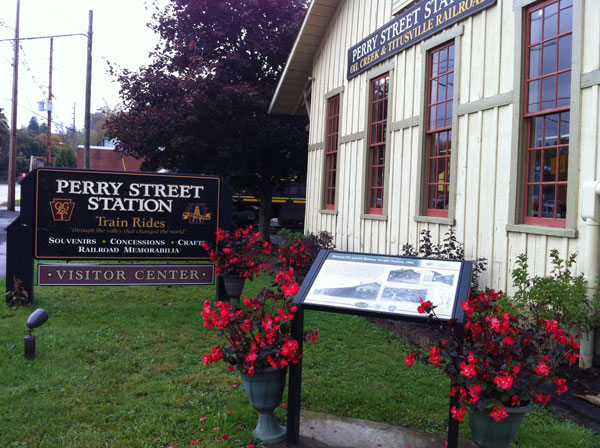 Perry Street Station also serves as a visitor center with lots of interesting information and images to peruse. The opposite end of the station from the visitor center is available to rent for events.

The OC&T hosts several special events throughout the year including Santa and Easter Bunny Train rides and Murder Mystery dinner theater. School trips are also available to schedule in May and October.

For further details including schedules and pricing, click here or call 814.676.1733.

Next to Perry Street Station is the Caboose Motel, 21 train caboose cars available to reserve individually for overnight stays. Each has its own heat, air conditioning, tv, telephone and bathroom with shower in either a king size bed with cupola style or two full size beds with bay windows. Three cabooses have wheelchair ramps and two cabooses allow dogs.

For more information about the Caboose Motel, visit this website or call 800.827.0690 for reservations.

The Drake Well Museum and Park may be the most notable location in the Oil Region since it commemorates the exact location of the first commercially successful oil well.

The museum and grounds celebrate “the valley that changed the world” by showcasing the ways the discovery of oil impacts every day and every life since August 27, 1859 as well as exploring the future of energy production and its effects on the environment.

For further details including schedules and pricing, click here or call 814.827.2797. 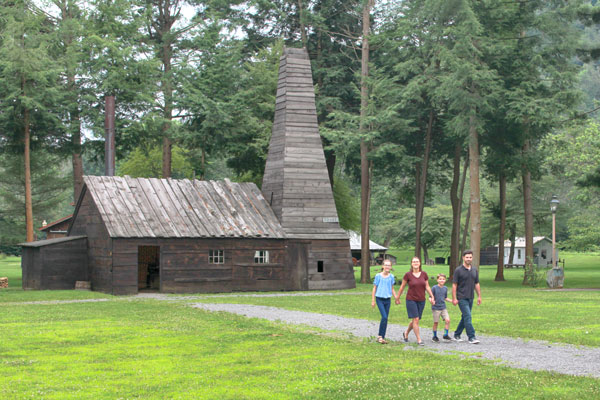 Great Britain, France and several Native American Nations all claimed the Ohio Country of western Pennsylvania and Eastern Ohio in 1753. A twenty-one-year-old Major George Washington was ordered to travel from Williamsburg, Virginia to Waterford, Pennsylvania to tell the French to evacuate the region.

One of the three forts erected by the French to reinforce their claim on the area, Fort Machault, was located in Franklin, PA in the Oil Region. Fort Presque Isle in Erie and Fort sur la Riveiere aux Boeufs in Waterford, PA are additional points on the trail.

In addition to the hazards of heavy rains and snow, Washington was almost shot by a native American guide and two days later nearly drowned crossing the Allegheny River. When he returned with news that the French intended to remain in the Ohio Country, the French and Indian War began.

Learn more about this turning point in American history. Details can be found here.